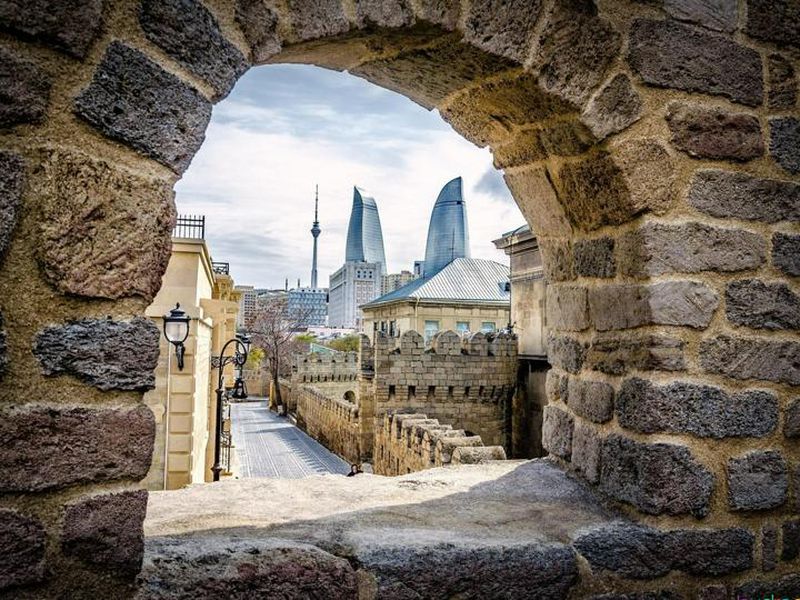 The development of Baku Old City was influenced by its location. Being located between Asia and Europe gave impetus to the development of new trade routes. One of them, the well-known Silk Road, thus attracted merchants from all over the world to Baku Old City. But the most significant role in the development of the Old City was played after oil production began in Baku at an industrial level. A new era has begun for the development of the city and this has contributed to the arrival of entrepreneurs and specialists from different parts of the world. The arrival of specialists of various profiles to the city of Baku helped to expand and build. Especially in urban planning, new mansions of oil industrialists and new buildings of culture appeared. But Baku Old City has not lost its original appearance, thereby leaving behind its oriental flavour.

Baku Old City will greet you with its narrow streets. There are 85 historical buildings in the old town, but some of them are included in the UNESCO list of world heritage. These include the dwelling houses of the nobility, towers, caravanserais, baths, madras, mosques, churches, reservoirs. Most of them, about twenty, are not of great importance, since they have a status of courtyard value. The oldest Mosque of Muhammad which dates back to the eleventh century and the largest in the world is the Juma Mosque. The Mosque of Muhammad is also popularly called the destroyed fortress, since 1723, during the assault of Baku, it was partially destroyed by a shell fired from the ships of the Russian fleet. The buildings of the original Juma Mosque were built in the thirteenth century, but after a major overhaul in 1890 by the merchant Dadashov, the mosque reopened. During the Soviet era, the building of the mosque was used as a carpet museum, since the Soviet government forbade practising religion. The group of residential buildings includes the mansions of oil magnates, nobles and merchants. The most famous of them is the house of Hajinsky, who was a public figure in the Baku Duma and was actively involved in oil production and trade. During the Great Patriotic War, the leader of the French resistance Charles de Gaulle stayed in the Hajinski building. The next building is the Ramazanov's house, which consists of four floors, built in the national romantic style. There were jewellery stores on the first floor, a cinema on the second, and he himself lived on the top floor, admiring the view of Baku Old City. House with Chains, a tenement house was built in 1800 and was bought by the Melikov brothers, who were engaged in shipping. House of Sailors, Alakperovs was built in 1903. The Alekperov brothers were good skippers and served in the tsarist fleet. The house of the merchant Gani Mamedov was used as a residential building and he himself was engaged in the silk trade.

Two towers were built to defend Baku Old City: the Maiden Tower and the Square Towers. One of the values ​​of the old city is the residence of the Baku Khan and the Palace of the Shirvanshahs, functioning as a museum-reserve of national importance. After a long journey of travellers, merchants who arrived in Baku, before settling in the caravanserais, they had to take a shower in the local baths of Haji Bani, Gasymbekov Bath, Aga-Mikail Bath, Ramozanov Bath. After taking cleansing in local baths, travellers and merchants settled in caravanserais like Multani, Bukhara, 2-storey caravanserai replacing modern boutique hotels.

A visit to Gobustan and Absheron for whole day

A visit to Gobustan and Absheron for whole day

The dishes you should taste in Azerbaijani cuisine.

The dishes you should taste in Azerbaijani cuisine